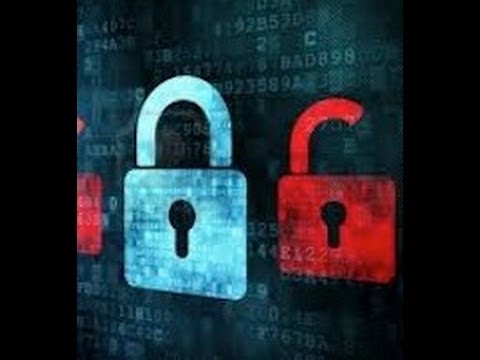 The Cantillon Effect and Wealth Inequality

Have you heard of the Cantillon effect?
Wealth inequality is a well documented problem in the United States, and more broadly across the world.
This rise in wealth inequality over the past 30 years has to a significant extent been the product of monetary policy fuelling a series of asset price bubbles.
Whenever the market booms, the share of wealth going to those at the very top increases.
When the boom goes bust, that share drops somewhat - but then comes roaring back even higher with the next asset bubble.
Also, those the very top are often diversified, so even if their wealth as a group technically goes down due to a stock market crash, as individuals they are generally fine and it is the middle class that bear the brunt of the damage.
The redistributive effects of money creation were called Cantillon effects by Mark Blaug after the Franco-Irish economist Richard Cantillon who experienced the effect of inflation under the paper money system of John Law at the beginning of the 18th century.
Cantillon explained that the first ones to receive the newly created money see their incomes rise whereas the last ones to receive the newly created money see their purchasing power decline as consumer price inflation comes about.
In accordance with the Cantillon effect, inflation can increase inequality depending on the route it takes, but increasing inequality is not a necessary consequence of inflation. If it happened that the poorest in society were the first receivers of the newly created money, then inflation could very well be the cause of decreasing inequality since they get the money first.
Under modern central banking however, money is created and injected into the economy through the credit route and first affects financial markets.
Under this system, commercial banks and other financial institutions are not only the first receivers of the newly created money but are also the main producers of credit money.
This is because banks can grant loans unbacked by base money.
In a free-banking system, this credit creation power of banks is strictly limited by competition and the clearing process.
Under central banking however, the need for reserves is relaxed as banks can either sell financial assets to the central bank in open market operations, or the central bank can grant loans to banks at relatively low interest rates.
In both cases, central banks remove the limits of credit expansion by determining the total reserves in the banking system. In other words, commercial banks and other financial institutions are credited with so-called base money that has not existed before.
Thus, the economics of Cantillon effects tells us that financial institutions benefit disproportionately from money creation, since they can purchase more goods, services, and assets for still relatively low prices. This conclusion is backed by numerous empirical illustrations.
For instance, the financial sector contributed massively to the growth of billionaire’s wealth.
One of the most visible consequences of this growth of financial markets triggered by monetary expansion is asset price inflation.
In a completely sound money system where credit only depends on the amount of saving rather than on fiduciary credit, there is very little room for generalized and persistent asset-price inflation as the amount of funds which can be used to purchase assets is strictly limited. In other words, the phenomenon of asset-price inflation is a child of credit inflation.
Asset price inflation predominately benefits the richest in society for several reasons.
Hence, the correlation between asset prices and income inequality has been, as expected, very strong.
Despite this, many economists have failed to see asset-price inflation as a consequence of an inflated money supply.
The conclusion is: our monetary system itself increases inequality.
https://www.youtube.com/watch?v=rv5xl1AEeQs
​

Diary of a Douchebag: FC does a gun show, Part 2.

To everyone who didn't drop out in fear, way to go!

I woke up this morning grumpy; I didn't get enough sleep at all. When I saw where my btc had gone, that changed in a heartbeat! Can you believe that the exchange rate went past $260 today? only to start falling as fear mongering took root. Yesterday, I read multiple articles, including this link; then this morning, this link. Now, given that infowars is notorious for hyping things a bit out of proportion, I was still a bit surprised to see the price crash so much in a matter of minutes just earlier. bitcoinity was going down and behind, and I saw the exchange rate go down to $110. Whether it has been numerous greedy/fearful individuals, or malicious organizations afraid of losing the economic stranglehold on our economy, to everyone who braved today, and every other scare up until now, I salute you!

With the unfortunate downfall of the Silk Road and the subsequent seizure of over 27,000 Bitcoins, (https://blockchain.info/address/1F1tAaz5x1HUXrCNLbtMDqcw6o5GNn4xqX) the Government now owns a substantial percentage of said currency. This is a far bigger problem than you may think.
Remember the Bitcoin crash in early April of this year in which it's price fell to almost one third its value? Well that was caused by the free release of just over 52 Bitcoins and was a test by a Government agency to predict the buoyancy of Bitcoin. Bitcoin failed. The government now owns over 27,000 worth of coins and renders Bitcoins value almost useless as a future crypt-currency. Prices could be flattened to baseline figures within hours should the Government choose to release even a small quantity of what they now own. (http://www.infowars.com/bitcoin-crashes-over-50-just-one-day-after-bold-public-prediction-by-mike-adams-of-natural-news/).
To the future entrepreneurs out there in the hope of continuing Silk Road's legacy and opening future black market sites, perhaps a shift from Bitcoin to another cryptocurrency is needed. Litecoins, Namecoins or countless others offer a new start and alleviate the risk of future Government interference.
Stay safe, cash out, and lets rebuild on Silk Road's blueprint.
-bebiuw

Since it was during a Keiser appearance on InfoWars that Jones outed himself as a Bitcoin believer, we must presume that the RT presenter doesn’t have a problem with the host or the format of ... Derek Moore(https://twitter.com/derekm00r3/) sits down to talk about BitCoin with Owen from the Infowars War Room $BSV Tips: 19cHVUYoCETgPHHzprtk16mLRkVca2tK8M My first Infowars interview with Alex Jones from 2014 where I discuss all things Bitcoin. *I'm re-uploading this because their channel got purged. This video is unavailable. Watch Queue Queue. Watch Queue Queue Called in to challenge the Infowars take on Bitcoin. Safe offline Cold Storage at: http://digitalpaperwallet.com http://encryptowallet.com http://cryptopaperwallet.net.