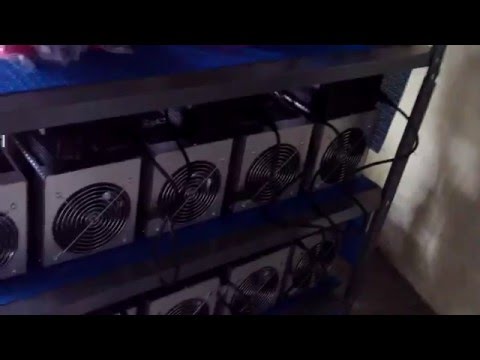 FUCKING SCUM ASS PIECES OF SHIT KnCMiner.com tried to swindle customers out of their Free Neptune with a very dirty trick. Forget the law, these fuckers need a serving of raw street justice.

Guys a week ago, I told you I came across a tip letting us know that the Free Second Neptune might be a scam. It was partly right.
Take a look at this POST warning about second neptune and the fake Hash While you wait.
Here is a histroy of these pieces of shit fucking people over, left and right
Post A
Post B
Post C
A few people messaged me stating that this morning KnCMiner sent out an email with the following content to all of their customers:


Dear Customer,
As you are a Neptune customer, you are entitled to take up our Plan B offer to “Hash While You >Wait”, or to convert your Neptune order to a KnC Titan.
To activate your account please click the following URL/Link where you can choose your option >and setup your KnCCloud account.
Your hashing will begin on Monday the 23rd of June from 9am UTC, provided you’ve made that >choice on the Neptune Order Options.
To ensure you receive all the power you've paid for, please ensure that your account is up to date >with your wallet address to receive your Plan B mined Bitcoins.
Hashing will stop as soon as your unit ships out from our factory.
If you have any questions please contact: [email protected]
Thanks KnC Miner Team


Here was their original statement about Hash While you wait


Hash while you wait.
First it’s important to note that we don’t expect to be late at all everything is on track. It’s just always good to have a backup plan. Second our mega-data centre in the north of Sweden is nearing completion so we can give out some more details. All customers of Neptune’s will be able to use completely free of charge our data centre to hash for them at 3TH either on our pool or a pool of their choice while they wait for their product to be shipped. The first customers (batch 1) are expected to be hashing in our data centre in early June and the last customer will hash in our data centre around the last week of June. All the customers will be able to hash in that data centre for as long as we are late in shipping your Neptune product, this service will be provided on a best effort basis. We have a 24/7 operations teams in place with multiple redundant internet and power connections and we will aim to have as close to 0 down time as possible.


Neptune Two For One Program
It has come to our attention that not everyone has been fully informed on our Neptune Two For One program so we'd like to include information on that topic in this newsletter too:
We understand that the math's involved in ASIC product deployment has to make financial sense in an ever-increasing hash rate race. In order to increase value for KnC customers we are adding one extra Neptune miner to each pre-ordered Neptune in batch one and batch two. These bonus machines will be sourced from our batch three production run which is scheduled to ship in August.
If you're a pre-order Neptune batch one or two customer you don't need to take any extra action to receive these additional miners and we are covering all shipping costs as well. You’ll receive info on when and how those bonus miners will be delivered well before the shipment date.


Link to the about statement
However, after all that, today, in their ToS, they had sneaked in a condition that if a customer accepted their offer of "free" Hash While You Wait, you would give up your free Neptune, and any future request for compensation.
Moreover, the ToS state that the service might never even go online or if it does, no guarantee it work properly.
Large number of customers unknowingly agreed to these condition and as a result, lost their 2 for 1 compensation. This was exactly what KnCMiner wanted to happen
Here are links showing customers catching on to it, and calling KnCMiner out on them:
After their shitty trick was out of their box, they changed the page to state that Free Hash While you wait would cost you your Second Neptune.
These mother fuckers are just scum bags, waiting to fuck over as many Joes as possible.
Guys, you need to get this type of information out there, not only to the Bitcoin Community, but others as well, like Litecoin, Dogecoin. etc.
Please, for the love of justice, do not let these things go unheard.

This was originally a comment post elsewhere but with the recent 51% attacks against coins, this needs its own thread.

All proof-of-work (PoW) based crypto currencies (of which Bitcoin is one) are vulnerable to a 51% attack. The first attack that double spends against the exchanges will be devastating to nearly all PoW altcoins. The attack is fairly simple:
1.) Acquire slightly more hashing power than currently is mining the altcoin to be attacked and use it to mine on a private blockchain fork of that coin.
2.) On the public blockchain for that coin, send coins to altcoin exchanges in which there is no identity required.
3.) At those exchanges, use those funds (once confirmed) to buy bitcoins then withdraw them.
4.) When the exchange has sent the bitcoins, the attacker broadcasts the blocks from the private fork. Since that attacker's fork has more hashing capacity than the public blockchain for that altcoin, the attacker's blockchain will "win" (i.e., it has block height greater than that for that coin's public blockchain.)
The result will be that the altcoin exchanges will have a financial debt -- the blockchain reorg (as the result of the attacker's fork being released) has caused the exchange to lose the altcoins received from the attacker (which had a sufficient number of confirmations). Additionally, the exchange no longer has the bitcoins that the attacker bought and subsequently withdrew. This action would likely either put the exchange into technical bankruptcy, or, cause the losses to be born by those holding funds at the exchange. (It may depend on bankruptcy law and/or the exchange's policy as to the exchange's handling for such an incident).
Bitcoin is protected today with SHA 55,474 Th/s. For the attacker wishing to do a 51% attack for the purpose of double spending, the amount of hardware needed would exceed $100M (using KNC Neptunes, of which the supply of anywhere near that capacity doesn't exist today.) There's nowhere near that much value that can be extracted anonymously from the exchanges thus such an attack using Bitcoin is just not economical, nonetheless does there exist some cartel willing to wager the $100+ million to attack Bitcoin this way.
But let's take a look at an altcoin from a recent Coindesk article on altcoins -- Limecoin. Protected with Scrypt 252 Mh/s (per https://www.minep.it/pool/lim/... ), that means an attacker needs just maybe $100K USD worth of GPU-based mining hardware to be able to gain success when attempting a 51% atttack against that coin. There are may individuals mining with that kind of capacity alone -- nonetheless any need for a cartel. Limecoin is a bad example as there's not enough exchanges to where there is a decent double spending potential with this coin so let's pick another. Blackcoin is a proof-of-stake (PoS) coin so it isn't vulnerable to a 51% mining attack.
Let's pick on Potcoin then. With Potcoin having Scrypt 5,100 Mh/s (per http://www.coinwarz.com/network-hashrate-charts/potcoin-network-hashrate-chart ) of mining capacity means only about $2M worth of GPU-based Scrypt mining hardware needs to be directed to a private fork of the Potcoin blockchain. Paying GPU miners for two hours of Scrypt 5,100 Mh/s is all that is needed to start a private fork, transfer Potcoins to those altcoin exchanges that it trades at, convert those altcoins to bitcoins and withdraw, and then finally broadcast the private fork. Minutes later, Cryptsy, Mintpal, SwissCEX will have seen withdrawals of maybe hundreds of thousands of dollars worth of Bitcoins but then the Potcoins that bought those bitcoins will be "gone" (having been double spent) now as well. If proper precautions were taken there would be no way to identify the attacker. [Edit: Potcoin's total capacity has dropped by half since this paragraph was first written, ... making an attack even easier and less costly.]
If Cryptsy, Mintpal, and SwissCEX haven't "temporarily" halted trading as a result, the attacker simply moves on to attack another Scrypt altcoin. Rinse and repeat until every last GPU miner has moved to Litecoin (the only Scrypt altcoin with enough hashing capacity such that a 51% attack is neither profitable nor possible without the participation of tens of millions of dollars worth of mining hardware).
In other words, such a sequence of attacks could obliterate the entire list of Scrypt-based altcoin markets in under a day. Should the altcoin vendor release software to ignore the attacker's chain -- the attacker could simply return to attack again. It's an arms race and as long as proof-of-work still determines the longest chain, the attacker has superior firepower.
A single party with exclusive access to the first Scrypt ASICs could finish off every one of the Scrypt altcoins too. For instance, KNC Miner plans to sell their Scrypt 300 Mh/s Titan miner for $10K. Just 417 of those Titans could successfully 51% Litecoin's 125,000 Mh/s network ( http://www.coinwarz.com/network-hashrate-charts/litecoin-network-hashrate-chart ). That's an investment of about $4M USD, and there's easily $4M worth of value that can be obtained, anonymously, from the altcoin exchanges where Litecoin is traded.
This argument was previously articulated here: http://bitcoinmoney.com/post/53207712103

I'm looking to buy an Asic, and I'm trying to figure out which one to buy and where to buy it. I'm looking to spend up to $10,000 but I really just want the best bang for my buck. It looks like KNCminer is a pretty solid company, and their second batch of Neptune miners are going to be sold for $3,333 / GH, but I can get an antminer from bitmain for $2,200 / GH, that will ship within 48 hours. Wouldn't buying a few of these be a better investment than waiting on the KNC? Especially since the difficulty will have increased quite a bit by the time the KNC ships.
Anyways, I'm pretty new to this, but if anyone has any of the following information I would really appreciate it.
Thanks